Violent protests throughout Sierra Leone, including in Freetown, led to the imposition of a nationwide curfew from 15:00 on Wednesday, 10 August 2022. In a television...

Following the extension of emergency Military rule up to 2023 and last week's execution of four pro-democracy activists, Budd Myanmar reports on the country's...

After shooting was heard near the presidential palace in Conakry this morning, Guinea’s Special Forces announced on social media that they had captured President Alpha Condé and were taking control of the country.  They added that all land and air borders were to be closed.

A video showing the President with rebels was also sent to Agence France Press.  He appeared to be in good health but refused to answer the rebels’ questions.

Some minutes later, the Ministry of Defence issued a statement indicating that the putschists had been overcome by the presidential guard and that the coup had failed.

According to Budd Conakry, the situation is very unclear and people should avoid venturing out onto the streets, particularly in the areas around the presidential palace and port. 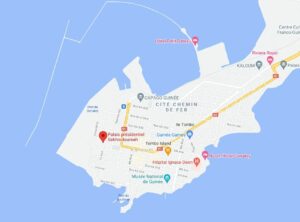 Port of Conakry and Presidential Palace

They do not expect vessels currently in the port of Conakry to be in any danger but there may be delays in cargo operations if the people who work in the port are unable to reach it.

Our own staff will be monitoring the situation carefully and working from home if it is too dangerous to reach Khaloum.

No disruptions have been observed or are expected for vessels calling in Kamsar.

Crew changes are once again on hold for the time being.