The past is just a prologue…

The past is just a prologue…

Our history dates back to the arrival in Marseilles at the end of the 18th century of Thomas Budd, a young British naval officer from Richmond, Surrey. It is said that a love affair might have kept him ashore…

Nevertheless, the maritime link continued with his son, Louis Thomas, who chose shipping as a career. This afforded him the opportunity to travel extensively and to build up numerous connections which were to serve as the foundation of the company he went on to establish in 1850.

Under the management of his son, Georges, and thanks to both the geographical position of Marseilles as the Gateway to the Far East, and the development of the steamship, the company’s reputation grew as one of the foremost steamship agents of the port. Georges Budd was soon appointed exclusive representative of the first Protecting Clubs such as Messrs Thos. R. Miller & Son and Messrs John Holman & Sons.

His son, Maurice, extended the company’s activities and added many new names such as the British India Steam Navigation Company, to the long list of shipping companies and lines it represented. 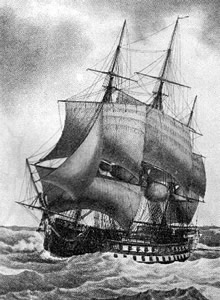 Taking over in the centenary year of 1950, the current chairman, Patrick Budd, expanded the company network to include several West African ports, a network which the sixth generation represented by his son, James, is consolidating and enlarging.