The beginnings of the P&I Clubs

The present P&I Clubs are the remote descendants of the many small hull insurance Clubs that were formed by British shipowners in the 18th century. These were set up by groups of shipowners, drawn in each case from a small geographical area, who were dissatisfied with the scope and cost of the hull insurance then provided by the two companies who had been granted in 1720 a statutory monopoly which excluded other companies from such business, namely the Royal Exchange Assurance and the London Assurance, and by individuals operating in London from, for example, Lloyd’s Coffee House. These hull Clubs were essentially unincorporated associations or co-operatives of shipowners who came together to share with each other their hull risks on a mutual basis, each being at the same time an insured and an insurer of others – still the basic concept of the present P&I Clubs, despite the fact that they are now incorporated so that in law it is the Club and not the individual Members who provide the insurance.

Temporary decline of the P&I Clubs

After the removal in 1824 of the company monopoly in favour of the Royal Exchange and the London Assurance, greater competition had a salutary effect on the rates, terms of cover and service offered by the commercial market and by Lloyd’s underwriters. The hull Clubs became less necessary and went into decline. A few exist today, but their share of the total market is not very significant.

Rebirth due to Growth of Third Party Liabilities

But as the hull Clubs declined, shipowners found the need to create similar associations for a different purpose. The need sprang partly from the steady increase from the middle of the 19th century onwards in the burden upon British shipowners of liabilities to third parties. It became more usual for injured crew members to seek compensation from their employers, and claims by dependants of crew members who were killed were facilitated by Lord Campbell’s Act of 1846. The possibility of claims by passengers was greatly increased by the same Act and by the vast numbers of passengers who constituted the flood of emigrants to North America and Australia in the second half of the century. Shipowners needed cover against these risks. They were also becoming increasingly aware of the inadequacy of the insurance cover that they did have in respect of damage caused by their ships in collisions with other ships. The usual cover for claims by other ships and their cargo for damage caused in collision excluded altogether one fourth of such damage and, more seriously, was limited in amount (apparently the maximum recovery under the policy, including both damage to the insured ship and liability for the damage it had caused, was the insured value of the ship). 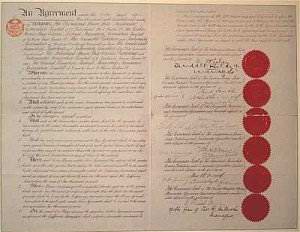 Eventually, in 1855, the first protection association was formed. This was the Shipowners’ Mutual Protection Society, the predecessor of the Britannia P&I Club. It was intended to operate like a mutual hull club, but to cover liabilities for loss of life and personal injury and also the collision risks excluded from the current marine policies, particularly the excess above the limits in those policies. Other similar associations were formed.

In 1874 the risk of liability for loss of or damage to cargo carried on board the insured ship was first added to the cover provided by a protection Club. The values of cargoes had risen and cargo underwriters had become keener on recovering their losses from shipowners, in which they were encouraged by a somewhat more sympathetic approach by the courts. After 1874 many Clubs added an indemnity class to provide the necessary cover. Subsequently, most of these separate classes have been amalgamated with the class reserved for the original protection risks, and today the distinction between the two classes has virtually disappeared within the P&I Clubs.

While all the original P&I Clubs were based on various towns and cities within the United Kingdom, Clubs were subsequently established and today flourish in Scandinavia, in the United States and in Japan. Most of the major Clubs now belong to the International Group for reinsurance and other purposes. Moreover, many Clubs originally based in the UK have comparatively recently been re-formed in such places as Bermuda and Luxembourg in order to secure, in respect of Clubs’ funds representing calls or premiums paid by their Members but not yet used for the payment of claims, freedom from exchange controls. Such freedom is demanded by the shipowners from all parts of the developed and developing world who now make up the truly international membership of the larger Clubs. The popularity of the Club system of insuring liability risks can be judged from the fact that approximately nine out of ten ocean-going ships are currently entered in a P&I Club.

The UK Club’s Centenary Annual Report in 1969 contains a passage on the Club’s history.