Theoretically, in addition to the award made by the commercial courts, defendants who lose their case in Tunisia have always been under the obligation to pay...

Although the situation in Conakry is still unpredictable, we are pleased to advise that: Cargo handling operations in the port of Conakry have now resumed; The airport... 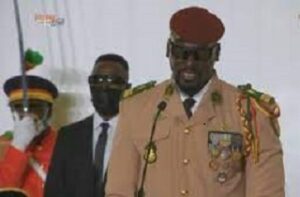 Late on Monday evening, Guinea’s military junta unveiled its transitional roadmap towards “free, democratic and transparent” elections.  According to the Transitional Charter which was read out on national television, the duration of the transition period is to be decided at a later date by joint agreement of the country’s “living forces”.

Today (01/10/21), the junta’s leader, Colonel Mamady Doumbouya, was sworn in as the Transitional President and the day was made a public holiday.

The ceremony resulted once again in heavy congestion on the main road leading to the presidential palace and the port of Conakry.

Nevertheless, our Guinea office confirms that as a rule, life in Conakry has been back to normal since our last update of 9 September 2021.