Violent protests throughout Sierra Leone, including in Freetown, led to the imposition of a nationwide curfew from 15:00 on Wednesday, 10 August 2022. In a television...

Following the extension of emergency Military rule up to 2023 and last week's execution of four pro-democracy activists, Budd Myanmar reports on the country's... 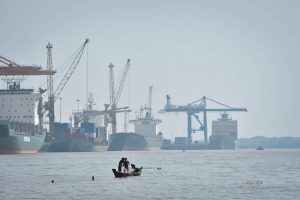 Following the 1 February military takeover, Budd Myanmar reports that although the country’s ports remain, the Civil Disobedience Movement protests and the general strike are causing delays for vessels.

Last month’s military coup has put Myanmar’s non-military ports under even greater pressure as the strike in all the public and private sectors of the economy starts to cause delays in Customs clearance, cargo operations and distribution, banking procedures and road carriage.

As a result, CMA CGM have recently announced that they will no longer accept freight payments in Myanmar while Hapag Lloyd have suspended cargo import bookings into Myanmar.

According to our Myanmar office, local businesses fear that the country’s instability will result in a reduction in foreign investment and the fragilisation of the Burmese economy.