New Record for the Port of Cai Mep-Thi Vai (Vietnam)

On 29 October, the deep water port of Cai Mep-Thi Vai was proud to welcome the largest vessel to ever call in a Vietnamese port – the 160,000 MT CSCL Star container ship. 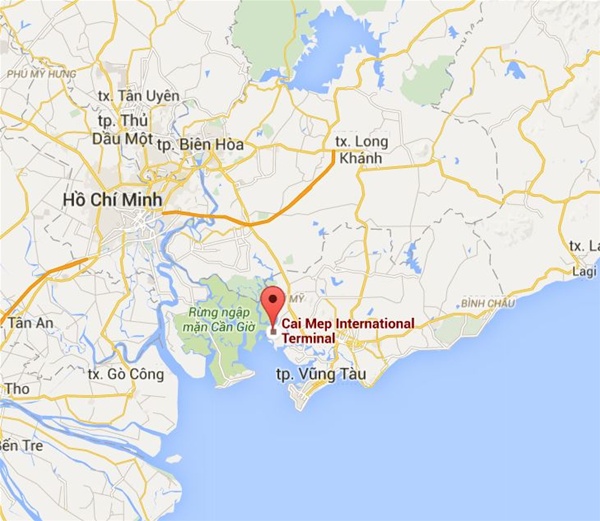 Following a government-initiated building programme which began in October 2008, and whose first three phases have now been completed, Cai Mep-Thai Vai is set to become a deep water hub for Asia-European liner services and a competitive international freight transit centre.

It is hoped that the new port facilities will make Vietnamese exports more competitive, relieve congestion in Ho Chi MInh and promote economic growth in the surrounding provinces.