Formerly pirate
attacks in the Gulf of Guinea always occurred at high sea beyond Cameroon
waters.  However, since March 2019, two
cases of piracy (involving three vessels) conducted by Nigerian gangs have been
recorded at Douala anchorage (pilot station) and several crewmembers have been
abducted. The situation is becoming alarming and Cameroon’s authorities have
been under pressure to increase security patrols in this area.

In the light of the recent attacks, to
avoid the administrative delays required to complete an application for
government armed guards on board,
the Cameroon Government has exceptionally ordered the presence of three armed
forces guards on board each vessel at Douala anchorage.  So currently, armed guards are automatically
supplied on board for ship security at anchorage on a free of charge basis.

Douala Port
traffic Control VHF CH 16 can be contacted 24/24 to report any problems.

The risk of pirate attacks also remains in the
Voluntary Reporting Area (VRA) off Nigeria where the Marine Domain Awareness
for Trade – Gulf of Guinea (MDAT-GoG) can be contacted at watchkeepers@mdat-gog.or for assistance.

Security alongside is generally satisfactory.  Police attend each vessel and private unarmed guards
can also be supplied by agents if approved by the port authorities.

Of course, even with Police rounds and security
guards, it is not always possible to avoid minor cases of robbery and/or the
presence of stowaways on board. 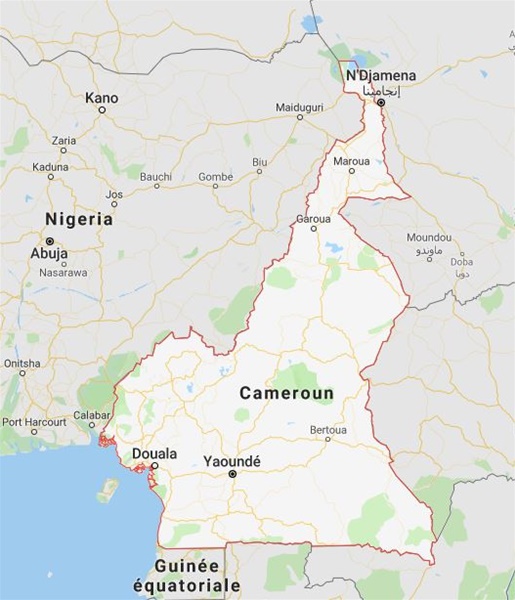 Cameroon is essentially a politically and socially stable
country.

The current troubles faced in the far northern region
are an extension of the conflict with the Nigerian Islamist organization called
‘’Boko Haram”.

Also, there are armed separatists in the two English-speaking
regions of South-West and North-West Cameroon.
The separatists are claiming secession for a new country to be called
Ambazonia.  The conflict almost three
years ago as a result of socio-economic protests in October 2016.

Separatist leaders have since been jailed but the
crisis has still not been contained in the field where the Cameroon army is
fighting with the armed separatists.
This of course results in collateral incidents against civilians. Civilian
activities are almost at a standstill (even schools are closed) with regular
ghost towns decreed by the separatists.  Clearly, these regions are not safe for
foreigners/tourists.

Cameroon’s Authorities are working hard to sort out
the situation. 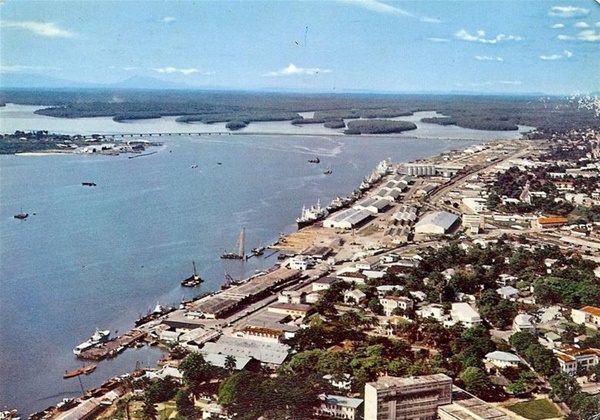 Grounding in the channel is a recurrent issue which fortunately
does not usually have any major consequences for the ship’s hull as the river
bottom is sandy and muddy.

Indeed, Douala port is not properly/regularly dredged.  The official river draft is therefore not
accurate enough to assist ship movements.

Several cases of grounding are usually recorded every year and refloating
operations can be long and costly.

The berths at Douala port are more than 40 years old but are
globally safe.

However, the fenders fitted alongside berths are partly missing and/or
damaged in places to various extents leaving some steel constructions hanging
out into the berth where they may damage the hull of any vessel using the
berth.

Despite the poor condition of the berths, many vessels mooring day by day
do not suffer any damage.

Berth no. 51 where tankers usually berth has recently been rebuilt.

Berth no. 52 is a specialized berth used
by a cement plant for vessels discharging clinker and gypsum in bulk by using
grabs.  This cargo usually spills out
from the grabs during discharge and then falls into the river water resulting
in an accumulation of spilled cargo in the water.  The berth’s underwater profile then becomes
triangular rather than an inverted L shape.
Due to a lack of any regular dredging of berth 52, the depth of the
water in this area is therefore reduced by the accumulation of cargo
underwater. This can give rise to grounding incidents, especially during low
water.

Berths are often congested,
forcing the vessels to stay at anchorage for long periods (2 to 3 weeks). 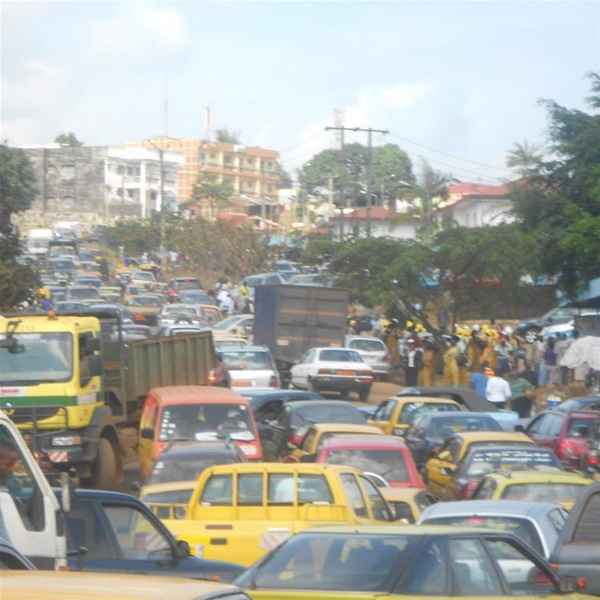 Even the port warehouses are congested.  Cargo is therefore delivered under tackle
causing delays in operations and slow discharge rates as trucks tasked with
collecting discharged cargo are caught in heavy traffic, first on shore and
then in town.

Most of the disputes encountered with the authorities (Customs, PSC,
MARPOL…) relate to a lack of original paper documents on board (e.g. last
port’s clearance, H&M insurance certificate or P&I certificate of
entry).  The Authorities do not accept
electronic documents but only paper originals signed and stamped in the classic
manner, or true copies signed by the issuer.

Also, as a river port, Douala is a protected environment, vessels without a
holding tank or with an unreliable holding tank and sewage plant must produce a
laboratory certificate of sewage water analysis showing the following maximum levels:

Ships which do not meet the above parameters may be subjected to a fine for
pollution which is officially very high (USD 100,000 to be duplicated in some
cases) and possible prison sentences for their Masters.

Local stevedores do not always carry out their work
very professionally when discharging cargoes such as cement, rice, sugar, salt,
fertilizer, wheat.

Also, local receivers and even their cargo underwriters usually claim by
extrapolation while cargo operations are far from being completed.

As a result, alleged shortages and damage may be very high or overstated
giving rise to large claims being directed unfairly against the ships’
interests.

The latter should therefore not hesitate (independently of the charterers’
arrangements) to appoint a surveyor to act on their behalf with a view to
avoiding, challenging or mitigating cargo claims.

Many people stow away on vessels calling in Douala
port in the hope of reaching developed countries for a better life.  The risk cannot be fully avoided but just
limited as stowaways are usually determined people who will resort to any means
no matter what the risks to embark.

The vessel’s crew must, as far as possible, involve
itself in monitoring access on board as well as arranging searches as much as
possible.

Landing foreign stowaways embarked at previous ports
is possible in order to repatriate them to their country after the required
formalities whose costs vary according to the case.

As a result of the 2014-16 outbreak in Guinea, Liberia and Sierra Leone,
Cameroon introduced a 21-day period of quarantine at anchorage by health
authorities for ships coming from Ebola affected countries.

In principle, the quarantine runs from the date the ship departed from an
Ebola-affected country. However, due to the congestion of berths, at the end of
the quarantine period, the vessel may be forced to wait more days at the
anchorage before berthing.

Launches are arranged by ship agents to allow health authorities to meet
the vessel.  The costs for hiring
launches and sundries are charged to the vessel.