According to the
vessel’s owner, Massoel, the pirates destroyed the vessel’s telecommunications
systems before kidnapping 12 of the 19 crew members on board.  All the relevant authorities have been
notified.

Last week, on 17
September, four armed pirates boarded a tanker at Conakry anchorage
(Guinea).  The Master mustered the crew
in the citadel and we understand that no-one was harmed or taken hostage.  The pirates stole the crew’s personal belongings
from their cabins and fled before the arrival of a navy vessel which had come
to their rescue.

These incidents confirm
the trends
observed by the ICC-IMB Piracy Reporting Centre in the first half of 2018: 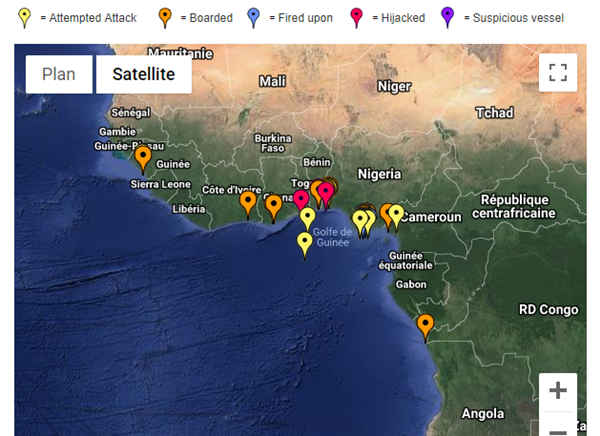 A total of 87 piracy
incidents were reported worldwide in 2017, whereas at least 106 incidents were
reported in the first half of 2018.

Of these 106 incidents,
almost 45% took place in Africa, mainly in the Gulf of Guinea. 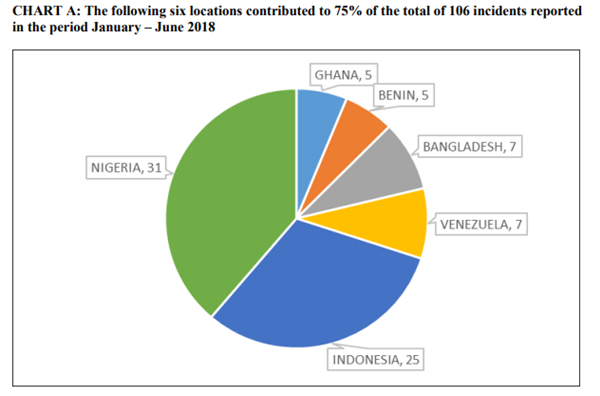 In Somalia, only one
case of piracy has been reported so far this year.  This considerable improvement is thought to
result from the increased use of armed security guards on board and various
other measures.

Unfortunately, the West
African pirates operating in the Gulf of Guinea are considered particularly
aggressive as they will not hesitate to kill or torture crew members in support
of ransom demands.  Attacks often occur
in territorial waters away from the patrol zones of the international naval
forces whose mandate is to offer protection from piracy.

According to the IMB
Piracy Reporting Centre, in South-East Asia, particularly Indonesia, piracy
remains a danger despite reduction in incidents which has resulted from
regional cooperation supported by Singapore.