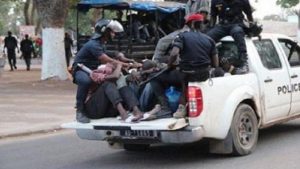 Despite the release from arrest of Ousmane Sonko, Senegal’s opposition leader who is facing charges of rape, there are fears that the violent demonstrations which started last Wednesday (3 March 2021) will continue.

Many banks and petrol stations are closed, and a lack of public transport has meant that many people have been unable to reach their places of work.  This may well have a knock-on effect which will result in delays in the port of Dakar.

Our colleagues in Dakar are working from home and in today’s uneasy climate, it is advisable to avoid all but essential car journeys as demonstrations and acts of vandalism continue to take place.

In the previous days’ riots, cars and shops were burnt out and four deaths have been reported.